A Lesson For Us All 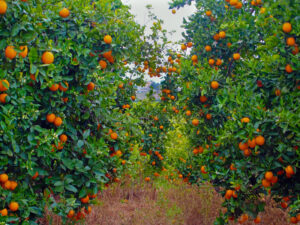 Those of you who drive through the City of Winter Park on a regular basis may be familiar with the bridge known as the Flamingo Bridge.  It is that small “closed spandrel” bridge located on Palmer Avenue just west of Alabama Drive at the bottom of the hill, and is adorned with painted depictions of flamingos.  The bridge spans the Venetian-style canal that connects Lake Maitland to Lake Osceola, however, that bridge is not the first bridge on that site.  You see, the current bridge was built by the Luten Corporation in 1924 after a terrible accident that many of our former residents would choose to forget.

Allow me to provide you with a brief Winter Park history lesson in order to clarify a few things. In 1882 Francis B. Knowles built a home on the shores of Lake Osceola to serve as a winter resort to attract winter visitors.  That home still stands today and you may have passed it on Interlachen Avenue.  It was named Osceola Lodge in 1904 when Charles Hosmer Morse purchased it.  Mr. Morse and his wife at the time, Mrs. Helen Pifford Morse, moved into the home on a permanent basis in 1915.  Mrs. Morse loved the idea of Florida and everything associated with it.  Five years after moving into the home, the Morses decided to hold a large affair on their front lawn that led (and still does, on the other side of Interlachen Avenue) down to Lake Osceola.  In order to make the affair as “Florida” as possible for all of their northern friends who were coming down, Mrs. Morse decided to have their lawn adorned with the most “Floridaian” bird of all, the flamingo.

Fortunately for Mrs. Morse there was an aviary located on the north shore of Lake Maitland, owned by a Czechoslovakian man named Igot Chuagin.  The Chuagin Aviary specialized in exotic birds and had exactly what Mrs. Morse was looking for.  The morning of the scheduled event, Chuagin loaded a small boat with a flamboyance (who knew that was the name for a group of flamingos?) and started across Lake Maitland to the canal.   At that time, a gentleman named John Hakes had quite the lucrative fruit business in the northern part of the City.  His claim to fame was that he developed the Temple orange variety here in America and he had a substantial grove.  He had quite the armada of workers and on this particular day, they loaded a wagon full of fruit and began the trek to the west side of Winter Park (where the packing houses were located) to have the fruit loaded on northbound train cars to sell out-of-state.

The bridge at that time was just a haphazardly-constructed bridge made of old logs that had been cut in the area.  Unfortunately, that wagon (which had been overloaded with citrus) reached the bridge at the same time the boat with the flamingos was floating beneath it.  As luck would have it, the bridge collapsed- causing the wagon to fall below and crush the boat and all of the feathered occupants.  Needless to say, the affair being held on the lawn of the Osceola Lodge went on without flamingos welcoming the guests.  A temporary bridge was built until the City contracted with the Luten Corporation in 1924 to build the current bridge you see today.  As an homage to the loss of the flamingos in the incident, the bridge was adorned with images of the tropical birds and has ever since been known as Flamingo Bridge.  On a side note, the Morses purchased several peacocks and peahens from the Chuagin Aviary to try and compensate him for his losses, and those birds were set loose in Winter Park for all to enjoy.

If you enjoyed this bit of Winter Park history, please feel free to send me some pre-paid iTunes gift cards, Amazon gift cards, or you can Venmo some cash for my book called, “Yup, You Fell For It,” a completely made-up story about Winter Park!

April Fools!!  As you can see, anyone can fall victim to a good scam, especially on the web.  As always, beware of things that you are not familiar with.  Often times scammers will mix in a little truth to make stories sound plausible, so always “take a step back” and look carefully. In this case my aviary owner’s name, when separated, will give you a clue.

Don’t be anybody’s fool this year and as always,