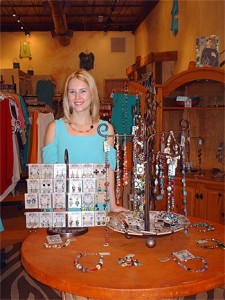 Cottonways was openend February of 2006 in Downtown Melbourne, Florida after 22 year-old Jennifer Davis turned down post-graduation job offers in her field of study, Economics. She had a bigger dream to follow: offering a comfortable and sophisticated clothing line that she had enjoyed for years and wished to share with others!

The cotton gauze clothing you’ll find at Cottonways offers nearly maintenence-free, comfortable fashions. The clothing is washer and dryer safe, pre-shrunk, and does not require any ironing.

Whether you stop in the shop or shop online we hope you enjoy Cottonways experience!