Anti-Virus Protection And The Truth About Thanksgiving 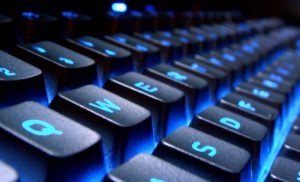 Thanksgiving is the time of year when we gather around the dinner table with our family, friends and loved ones to reflect on the past years events and share the things we are thankful for in our lives.  This is when family traditions we have established and practiced for years come to life.  The savory smell of stuffed turkey and  the sweet smell of pumpkin pie in the oven tickles our senses creating a continuous flow of water in our mouths as we wait in anticipation for all the family to arrive. It is truly a favorite time of the year for many of us here in America!

So what does Anti-Virus Protection and The Truth about Thanksgiving have in common?  I’m sure if we dig deep we could find many parallels. My objective for this month, however, is to arm you with some facts about each of these topics that will be sure to enlighten and impress everyone around the Thanksgiving Day dinner table.

There are two main types of anti-virus protection in the market today.  Let’s examine both… 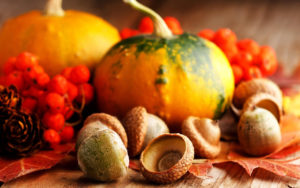 Blacklisting software works by comparing files against a list of known threats. If a file is on the list, then it won’t be allowed to execute, thus keeping our computer devices from being infected.  You may know them as McAfee and Norton by Symantec. The challenge we face with blacklisting is that it can only protect against “known threats”. In recent years, cyber criminals have developed and deployed more sophisticated forms of malware that have been able to outsmart blacklisting software and wreak havoc on millions of people and businesses who conduct most of their communication and business on the World Wide Web (WWW).

It is estimated that there are about 500,000 new malware variants being launched onto the WWW EVERY DAY. They now come in the form of browser hijackers, ransomware, keyloggers, backdoors, rootkits, trojan horses, worms, malicious LSPs, dialers, fraudtools, adware, spyware… and the list keeps growing.  Recently we are discovering other forms of cyber threats such as infected and malicious URLs, spam, phishing attacks, online banking attacks, social engineering techniques, advanced persistent threats (APT) and botnet DDoS attacks which we talked about in last month’s article.  How can we protect ourselves with half a million new malware variants being launched into cyberspace on a daily basis?  By adding a whitelist solution to our cybersecurity defense-in-depth strategy… 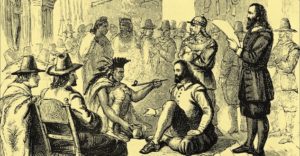 Whitelisting works the opposite of blacklisting by approving a list of trusted files and applications that can run on your network. If a file tries to execute that is not on the list, then it is rejected.  Whitelisting has been around for quite some time.  The challenge with this technology until recently has been limited functionality of business operations. Today’s whitelisting solutions have been able to overcome these challenges and allow a business to function both efficiently and much more secure.

Whitelisting also decreases the risk of human error and unplanned security issues.  Any malware falsely clicked will not run. This new technology is providing more peace of mind to those in charge of maintaining the security of a business in addition to private users. Fact is most security breaches are due to impulsive clicking or lack of cybersecurity knowledge.  Whitelisting reduces the fear and danger that users with a low level of security knowledge can be protected.  I highly recommend learning more about this new technology.  A full list and overview of whitelist solutions can be found at: https://www.gartner.com/doc/1582715/application-control-whitelisting-endpoints

The Truth About Thanksgiving

English explorers began coming to the shores of Massachusetts in the early 1600s. The earliest explorers would capture the Indians and ship them back to England to work as slaves.  Once word got out about the paradise they discovered in The New World, the Pilgrims began showing up… literally in boatloads.

The early Pilgrims who first arrived in America did not do very well.  Many died during the winter due to sickness and lack of food and proper shelter.  The following Spring,  the Pilgrims were confronted by a tribe of Indians called the Wampanoags.  Among them was an Indian named Squanto who had been sold into slavery and eventually escaped by way of a friendly English explorer, Captain John Weymouth.  Captain Weymouth taught Squanto how to speak English so he could communicate with the newcomers.   Squanto and his fellow tribesmen saw that the Pilgrims were in rough shape.  They began to teach them how to survive.  They brought them meat, furs for clothing, and taught them how to farm the land and build proper shelter.

When the Fall season came, thanks to the help of Squanto and the Wampanoags, the Pilgrims were in much better health, had plenty of food, and had built houses that would keep them warm and protected through the winter.  The Pilgrim’s leader, Captain Miles Standish invited the Wampanoags to celebrate and give thanks.  They were overwhelmed by the number of Indians that showed up and quickly realized they did not have enough food. Squanto and the Wampanoag leader ordered their men to go back to their village and bring more food. The Indians ended up supplying most of the food and they celebrated  the First Thanksgiving in peace for three days.

Soon after, the Puritans began migrating to the New World to avoid persecution from the English. The white man eventually outnumbered the Indians and no longer needed their help to survive. The Puritans began to condemn the Wampanoag’s religious beliefs and customs which were based on giving charity to the helpless and hospitality to anyone who came to them with empty hands.     A generation later, the children of that first Thanksgiving Day celebration began killing each other which became known as King Philip’s War.

At the end of that conflict most New England Indians were either annihilated, fled north among the French in Canada, or they were sold into slavery in the Carolinas by the Puritans. The trade of Indian slaves became so successful that several Puritan ship owners in Boston began invading the Ivory Coast of Africa for black slaves to sell to the colonies of the South, which marked the beginning of the African American-based slave trade.

In closing, combining both a blacklist and whitelist anti-virus strategy will dramatically mitigate your risk of becoming a victim of a cyber-attack. As for the truth about Thanksgiving and how it relates to Anti-Virus Protection, I welcome your feedback.

Wishing you all a Secure and Happy Thanksgiving!!