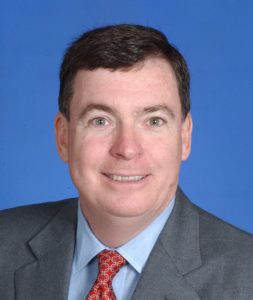 We celebrated Baldwin Park’s 20th anniversary on June 5. On that day, in front of the shores of Lake Baldwin, I read a proclamation on behalf of myself and Mayor Buddy Dyer naming it “Baldwin Park Day” in the City. It was a beautiful day for this ceremony.

Baldwin Park is the City of Orlando’s first development built on the principles of New Urbanism- a type of planning and development approach that focuses on livability. The development has won a growing list of awards for its design. Its increased walkability and tight-knit neighborhood have allowed it to surpass numerous milestones.

Baldwin Park was a Naval Training Center (NTC) until the 90s. The NTC Orlando served as a training site for more than 650,000 Navy recruits. The base closed in 1993, and the City of Orlando initiated the development of a Base Reuse Plan to help transition the area into a property that supports the local goals for economic development. The plan took 11 months to make and it included input from the surrounding community, Central Florida businesses, and government leaders. Comments from the public were solicited through public forms, newsletters, committee meetings, newspaper articles, and television news broadcasts.

Six years after the Navy announced the closure of the base, in October 1999, the City Council unanimously voted to purchase the property from the Navy and moments later voted to sell the property to Orlando NTC Partners. The deal was that the City would pay the Navy $1.2 million plus 75 percent of the price paid by Orlando NTC Partners. In addition, the developer was required to make a one-time payment of $3.5 million to a local Homeless Provider Trust Fund.

The redevelopment created 200 acres of parks, 250 acres of lakes to the public, 90 and required the demolition of 256 buildings, and the excavation of 25 miles of roads and 200 miles of underground utilities. Concrete and masonry materials were crushed on-site and recycled into a massive underground stormwater filtration system and used as road base for new public streets.

Baldwin Park was officially established on June 5, 2001, as the City of Orlando’s first development built on the principles of New Urbanism. It was named after Robert H.B. Baldwin, Undersecretary of the Navy when Orlando NTC was commissioned in 1968 and “park” was inspired the names of other Orlando legacy neighborhoods like College Park, Audubon Park, Thornton Park, and Delaney Park.

During the celebration, the winners of the Baldwin Park banner contest were also announced. Renderings of their artwork were displayed. The first winner was Anastasia Vakh, one of Baldwin Park’s newest young residents, who found her inspiration for her design “Lilies” while on a walk around Lake Baldwin.

The second winner was Grace Zhang whose design “Tangram” looked at the many different sides of Baldwin Park, including our parks and amazing Village Center.

Both of their designs will be featured in the banner rotations throughout the year in the Village Center.

If you haven’t been lately, this month would be a great time to visit Baldwin Park’s Village Center or enjoy the amenities of Blue Jacket Park or the Lake Baldwin Trail.

Happy 20th anniversary Baldwin Park! We can’t wait to see the even bigger things this community will contribute to our city during the next 20 years!