Dotherow And Murphy Named “Bankers Of The Year” 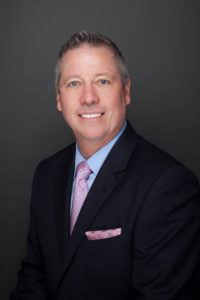 Winter Park National Bank’s president and CEO David Dotherow and Gulfside Bank’s president and CEO Dennis Murphy, Jr. were recently named 2019 “Bankers of the Year” by the Florida Bankers Association (FBA) at its 131st Annual Meeting.  Dotherow and Murphy were selected for recognition because they have demonstrated the highest level of commitment to the banking industry and service to their communities; each started a de novo bank, and both were leaders of the industry by being among the first in Florida—and the nation—to open new banks.

Following a video documenting their careers and contributions, Dotherow and Murphy were ushered forward to accept their awards by a standing ovation from colleagues and peers.

“Both Dennis and David are active members of the Florida Bankers Association.  They are advocates for the banking industry and we are very proud of what they’re doing at their banks,” said FBA president and CEO Alex Sanchez.  “The Banker of the Year award is not given lightly.  It is an honor given to bankers who are dedicated and hard-working and these two men are certainly deserving of the recognition.”

The FBA’s Banker of the Year is selected using the following criteria:

“The commitment and loyalty Dennis and David have each exhibited to the association, to the state of Florida and to his community set a high bar for each of us to strive for in our own personal and professional lives,” said Sanchez.  “Their engagement makes a difference.  Their example inspires others.  We are proud to be able to recognize David Dotherow and Dennis Murphy for their contributions to the FBA and the banking industry.”

MEET THE FLORIDA BANKERS OF THE YEAR:

A Winter Park native and lifelong resident of Central Florida, Dotherow has been an active leader in his community.  He served as president of the Rotary Club of Longwood, as a teacher for Junior Achievement in Central Florida and as chairman for the advisory board of the Crosby YMCA Wellness Center.

Dotherow earned a bachelor’s degree in finance from Florida State University, completed the Graduate School of Banking of the South at Louisiana State University and holds the Series 6 license from the National Association of Securities.

Gulfside Bank President and CEO Dennis B. Murphy, Jr. has more than 16 years of banking experience.  He worked at AmSouth Bank, Regions Bank, Gateway Bank and CenterState Bank before becoming a founder of Gulfside Bank.

Murphy has been active in the Sarasota and Bradenton communities since moving to the area in 2004.  Current board involvement includes roles with the Greater Sarasota Chamber of Commerce where he is the treasurer and serves as chair of the Finance Committee and is also a member of the Executive Committee and the Board of Directors.  Murphy is also the treasurer and a board member of the First Tee of Sarasota/Manatee.