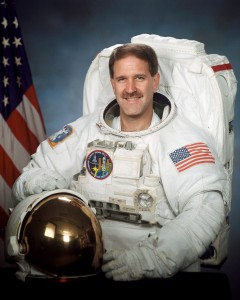 These astronaut heroes will join the ranks of well-known space explorers including Alan Shepard, Neil Armstrong and Buzz Aldrin. This year marks the historic 25th anniversary of the Hall of Fame, which was conceived in the 1980s by the six remaining Mercury astronauts as a place where space explorers could be remembered. Past Hall of Fame inductees include Mercury, Gemini, Apollo, Skylab and Space Shuttle astronauts.

This year’s inductees comprise the 14th group of space shuttle astronauts named to the U.S. Astronaut Hall of Fame, bringing the total number of members to 91. Among this year’s inductees are a robotics expert who conducted three missions to repair the Hubble Space Telescope; two former military aviators who became space shuttle pilots and commanders on key shuttle missions to build the International Space Station; and a medical doctor and payload commander on life sciences missions who was one of NASA’s first female astronauts. 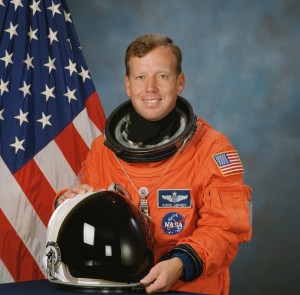 The 2015 Astronaut Hall of Fame Induction will take place at 2 p.m. on Saturday, May 30. Admittance into the ceremony is included in admission to Kennedy Space Center Visitor Complex; however, seating is limited and is available on a first-come, first-served basis.

John M. Grunsfeld, Ph.D., was selected as a NASA astronaut in March 1992. A five-flight veteran (STS-67 Endeavour, STS-81 Atlantis, STS-103 Discovery, STS-109 Columbia and STS-125 Atlantis), he has logged more than 58 days in space, including 58 hours and 30 minutes of extravehicular activity (EVA) over the course of eight spacewalks.

On his last three missions, Grunsfeld worked to repair the Hubble Space Telescope. As a mission specialist on STS-103 in December 1999, he performed two of the three EVAs required to restore the Hubble to working order after the failure of its gyroscopes. As payload commander of STS-109 Columbia in March 2002, Grunsfeld was responsible for the five EVAs over five consecutive days required to upgrade Hubble’s systems. He performed three of these spacewalks, installing a new solar array, power control unit and other equipment. STS-125 Atlantis in May 2009 was the fifth and final Hubble servicing mission. Grunsfeld served as the lead once again for the five EVAs required to perform repairs and to install crucial new equipment. He performed three of the five spacewalks.

Grunsfeld retired from NASA in December 2009 to become the Deputy Director of the Space Telescope Science Institute and a professor of physics and astronomy at Johns Hopkins University. He rejoined NASA in 2012 and is currently the agency Associate Administrator of the Science Mission Directorate at NASA Headquarters in Washington, D.C.

Steven W. Lindsey (Colonel, USAF, Ret.) was selected as a NASA astronaut in March 1995. A veteran of five space shuttle flights, Lindsey has logged more than 1,510 hours in space. 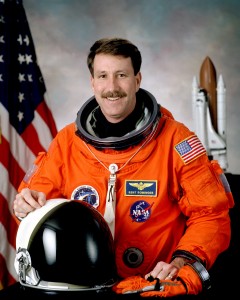 Lindsey first flew in space in November 1997 as the pilot of STS-87 Columbia. During one of STS-87’s spacewalks, Lindsey piloted the first flight of the AERCam Sprint, a free-flying robotic camera. As the pilot of Discovery STS-95 in October 1998, Lindsey returned to space alongside Senator John Glenn. His first mission as commander was STS-104, the 10th International Space Station (ISS) assembly mission. After launching in July 2001, the crew of Atlantis rendezvoused with the ISS and conducted joint operations with the Expedition 2 crew in order to install the Quest Joint Airlock. In July 2006, Lindsey commanded STS-121 Discovery, the second Return to Flight test mission after the Columbia mishap. And in February 2011, Lindsey commanded STS-133, the 39th and final flight of Discovery. The crew docked with the ISS and delivered the Permanent Multipurpose Module, an Express Logistics Carrier, and Robonaut 2, the first human-like robot in space.

During his time with NASA, Lindsey served as Deputy for Space Shuttle Operations and Co-Chairman of the Space Shuttle Cockpit Council, Chief of International Space Station Operations for the Astronaut Office, and Chief of the Astronaut Office. In July 2011, Lindsey retired from NASA and joined Sierra Nevada Corporation to lead the Dream Chaser spacecraft flight operations.

Kent V. Rominger (Captain, USN, Ret.) was selected by NASA to become an astronaut in 1992. A veteran of five space flights, he has logged more than 1,600 hours in space.

Rominger first launched as the pilot of STS-73 Columbia in October 1995. He returned to space as the pilot of STS-80 Columbia in 1996 and STS-85 Discovery in August 1997. Rominger’s first mission as commander was STS-96 Discovery, which launched May 1999. During this 10-day mission, the crew successfully completed the first docking of a space shuttle to the International Space Station and delivered four tons of logistics and supplies in preparation for the arrival of the first crew. During training, he helped discover and optimize the ISS orientation maneuver to save hundreds of pounds of propellants. During his final mission, STS-100 Endeavour, which launched in April 2001, Rominger commanded a diverse international crew, representing the United States, Russia, Canada and Italy. Together they installed the Canadian-built Robotic Arm and Rafaello Logistics Module to the ISS. Endeavour was docked eight days on the most complex robotics flight in the history of the Space Shuttle Program. 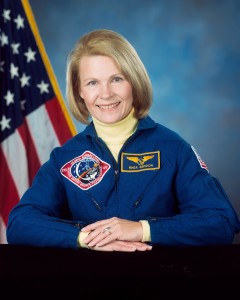 Rhea Seddon, M.D. was selected by NASA in January 1978 and in August 1979, became part of the first U.S. astronaut class to include women. A three-flight veteran, she has logged more than 722 hours in space.

On her first mission in April 1985, Seddon served as mission specialist on STS-51D Discovery, where she performed numerous science and medical experiments. She returned to space in June 1991 on STS-40 Columbia, again serving as mission specialist. This mission was the first Spacelab Life Sciences flight (SLS-1), during which the crew performed numerous experiments which explored how humans, animals, and cells respond to microgravity and re-adapt to Earth’s gravity upon return. As payload commander on her third and final flight, STS-58 Columbia in October 1993, Seddon was in charge of all science activities. This Spacelab Life Sciences mission (SLS-2) received NASA management recognition as the most successful and efficient Spacelab flown to date. During the flight, 650 samples were collected from the crew and 48 rodents to help build a more comprehensive picture of how humans and animals adapt to zero gravity.

After leaving NASA in 1997, Seddon served as the Assistant Chief Medical Officer of the Vanderbilt Medical Group in Nashville for 11 years. Now with LifeWings Partners, LLC, she acts as a consultant to healthcare institutions across the United States. She recently wrote a memoir entitled “Go for Orbit” to inspire young women to pursue careers in science and technology.

Each year, inductees are selected by a committee of Hall of Fame astronauts, former NASA officials, flight directors, historians and journalists. The process is administered by the Astronaut Scholarship Foundation. To be eligible, an astronaut must have made his or her first flight at least 17 years before the induction. Candidates must be a U.S. citizen and a NASA-trained commander, pilot or mission specialist who has orbited the earth at least once.