I Just Can’t Avoid This Topic Any Longer 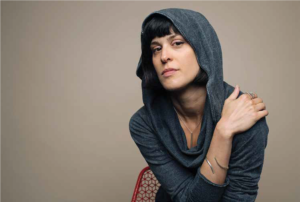 This month, I ask for your indulgence as I tackle a subject that has overwhelmed our culture in recent months. Some have described it with the shorthand hashtag #MeToo. I think we need to call it what it is – a defining moment in our culture and perhaps the most important topic of conversation anyone can have with someone they love, male or female, gendered or non-gendered. Of course I have heard many comments, stories, and “takes” on this topic but I was drawn to finally write about it when I heard the lyrics to a particular song. While listening to one of my favorite podcasts, which I have recommended before in this space- the music-centered “Sound Opinions” from WBEZ in Chicago- I was introduced to an artist named Dessa, who has a fantastic and timely song named “Fire Drills.” Dessa is a hyper-articulate artist from Minneapolis who raps and sings. In my research on her, I also learned that she has a new book out, “My Own Devices: True Stories from the Road on Music, Science, and Senseless Love,” which I have immediately added to the “Want to Read” list I keep on Goodreads.com. So she writes too – and does so with passion and truth-telling.

Dessa burst into my consciousness and presents the perspective of a woman in this world so well. Forgive me, I must quote extensively from her lyrics from “Fire Drills” because they explain the life of a woman in our world much better than I can. In one verse, Dessa raps “You can’t be too broke to break; As a woman always something left to take; So you shouldn’t try to stay too late or talk to strangers; Look too long, go too far out of range cause; Angels can’t watch everybody all the time; Stay close, hems low, safe inside; That formula works if you can live it; But it works by putting half the world off limits.” This verse leaves me speechless as the father of a daughter and the husband of a wife and as the brother to a sister. But Dessa has more to say and cuts to the quick as she does so: “We don’t say, ‘Go out and be brave’; Nah, we say ‘Be careful, stay safe’; In any given instance, that don’t hurt; But it sinks in like stilettos in soft earth; Like the big win is not a day without an incident.” This one hurts because I have time and again told my daughter to be safe and focused on her safety rather than her agency. Dessa ends this startling song by stating, “That’s not a way to live; That can’t be what a woman is; That gives her nothing to aspire to; What that is; What that is; Is just a life of running fire drills.” Ooof. Those words hit me hard. In many ways, the men of this world have not contributed in a positive way to make this world a better place for women to live, learn, work, and play. Simply and directly, we must do better by our daughters, wives, mothers, and sisters.