I Just Don’t See It, What’s The Deal With Jason Bateman? 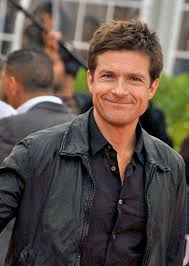 I rarely get negative in this space but the all-consuming virus news must have me in a bad mood. I have a real problem with one actor who seems to be becoming a fixture in prestige TV projects. This actor is Jason Bateman. He currently stars in an HBO mini-series based on a Stephen King book, “The Outsider,” and executive produces, stars, and directs (!) the Netflix hit series “Ozark.” Heck, he even won an Emmy for directing that series last year.

What set me off on this rant is a recent article and video on The Ringer.com by Jackson Maher entitled “How Jason Bateman Became One of the Best Directors on Television: ‘Ozark’ Season 3.” I watched this video and I have to tell you: I Just Don’t See It. I have watched the first two or three episodes of “Ozark” and, not to be repetitive: I Just Don’t See It. (Update: The Ringer just posted another article entitled Jason Bateman Deserves to Be Taken Seriously. I’m Not Kidding.)

This is not a new thing for me, I have seen Jason Bateman in other series or films, and this feeling was really initiated by his role in one of the most over-rated TV series of all time: “Arrested Development.” Wow, what a stinker. Watched two episodes and didn’t like the show or any of its characters. The darn thing was packed with good actors (not Bateman) and still is unwatchable. And yet, it won like six Emmys in its first season! And Bateman won a Golden Globe for acting in it. What am I missing here?

I just read that Jason Bateman began his acting career playing James Cooper Ingalls on “Little House on the Prairie” in 1981, when he was 12 years old. I searched for some clips on YouTube and didn’t find many. But I do remember watching “Little House” when I was young and nothing about his character stands out to me. Thank goodness I was already off to college so I couldn’t get annoyed by Bateman on “Silver Spoons” and was living in Europe during the heyday of “The Hogan Family,” whatever that was.

Please don’t get me started on Bateman’s stellar film acting career. Can you name one role? I’ll grant you that he actually doesn’t play himself in his cameo as a goofy commentator from ESPN 8 in “Dodgeball” but what else? Do you remember him in “Juno” or “Identity Thief” or “Horrible Bosses”? Did he stand out to you as playing something other than himself? Please. Plus, he stars in one of the worst movies ever made: “Couples Retreat” which I walked out of when I was watching it in my own house!

Enough with the vitriol. I’m sure Mr. Bateman is a wonderful man, husband, father and gives generously of his time and talents and gives liberally to many worthy charitable organizations. Hey, his sister, Justine, starred on “Family Ties” and actually did a fine job acting against her brother (and nemesis) on the show, played by Michael J. Fox. But Justine’s brother’s acting career? I Just Don’t See It.