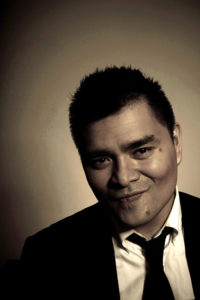 Pulitzer Prize-winning author, Emmy-nominated filmmaker, producer and advocate for immigration rights Jose Antonio Vargas will speak on “Migration: The Changing Landscape of Immigration, Travel and America,” on October 17 at 7 p.m. in Warden Arena as part of the Winter Park Institute (WPI) at Rollins College Speaker Series.

Vargas, an undocumented immigrant from the Philippines, has been called “a visionary writer and activist” who chose to reveal his powerful story in a 2011 New York Times Magazine essay. In a follow-up article one year later, his photo appeared on the Magazine’s cover, along with other undocumented immigrants, and in 2013 he directed the CNN film Documented narrating the details of his personal journey.

Vargas continued to share his path publicly and to champion other undocumented immigrants through his 2018 memoir, Dear America: Notes from an Undocumented Citizen, and in his role as producer for the Broadway play, “What the Constitution Means to Me.” He advocates for the rights of equality and citizenship and challenges audiences to consider the question, “How do you define ‘American’?”

WPI continues its tradition of bringing intellectual leadership to Central Florida with this 12th season.  Upcoming speakers include Annika Sorenstam, Jeffrey Brown, Billy Collins and Laura Ling. Information can be found at Winterparkinstitute.org. Tickets can be purchased for $25 each online or by calling the box office at 407-646-2145.