Let’s Hang On! A Musical Tribute 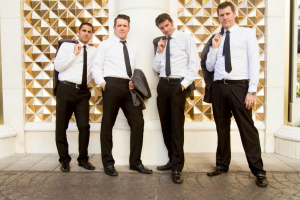 The Winter Park Playhouse will present Let’s Hang On!, a tribute to the iconic music of Frankie Valli and The Four Seasons, on Friday, September 9, 2016 at 7:30 p.m. as a one-night-only special event on the Mainstage. Net proceeds from the evening will directly support the Playhouse’s quality musical theatre programming in-house and out in the community.

Let’s Hang On! is a high-energy tribute to the music and style of the iconic group Frankie Valli and the Four Seasons and also the Broadway musical Jersey Boys. This 90-minute show will showcase the trademark vocal virtuosity, tight harmonies, and crisp choreography that made The Four Seasons one of the greatest vocal groups of all time!

Performing to sold-out audiences nationwide, this stage production has been dubbed the #1 Frankie Valli tribute show in the U.S. and includes all of the great mega-hits of The Four Seasons including “Sherry,” “Big Girls Don’t Cry,” “Walk Like A Man,” “Can’t Take My Eyes Off Of You,” “December ’63,” Who Loves You,” and many more!

For tickets and more information call The Playhouse box office 407-645-0145 or visit online at www.winterparkplayhouse.org,