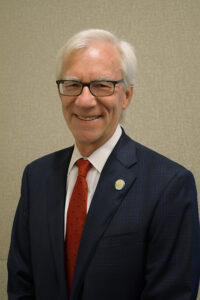 Welcome To The Start Of Summer!

As we gear up for summer, we look forward to the Fourth of July and celebrating our country’s founding in 1776. However, there is another important date that many cities, companies, and organizations have begun to formally celebrate: June 19, the date slavery officially ended in the U.S. in 1865. The City of Winter Park will be celebrating both June 19 and the Fourth of July with two exciting events. We invite you to join us!

June 19, known as “Juneteenth,” is an important date commemorating African-American freedom. It was on June 19, 1865, that the last slaves in the U.S. were freed. Although President Abraham Lincoln issued the Emancipation Proclamation two and a half years earlier, it was not until 1865 that Major General Gordon Granger arrived in Galveston, Texas to bring the news that the Civil War had ended and slavery had been abolished, a milestone that officially brought the end to the system of slavery.

Winter Park was founded in 1882, a mere 17 years later. In a historic advancement for the time, our city’s founders set aside land for freed slaves to own their own land. That innovation created the Hannibal Square neighborhood, proudly named after the historic/ancient African general.

On Saturday, June 19, from 10 a.m. to 2 p.m., the Hannibal Square Heritage Center, the Winter Park Library, and the city’s Parks & Recreation Department are hosting the annual Juneteenth Celebration: Knowing and Remembering at the Winter Park Community Center located at 721 W. New England Ave. This observance is free and open to the public.

In honor of Juneteenth, we also remember 19th-century residents Gus Henderson, Frank R. Israel, and Walter B. Simpson. Gus Henderson was the Black owner and editor of the town’s only newspaper, The Winter Park Advocate, as well as the owner of a thriving printing business. On October 12, 1887, Mr. Henderson was instrumental in our city’s history, leading Hannibal Square residents to establish a quorum and winning the vote to “incorporate” the town into a self-governing city, including Hannibal Square, in its boundaries. At that same meeting, Frank R. Israel and Walter B. Simpson were elected as Winter Park’s first Black aldermen, serving from 1887 to 1893. These three gentlemen helped shape our city with their roots running far and deep in our Hannibal Square neighborhoods.

Also, next month, please make plans to celebrate our nation’s Independence Day as we return to an in-person 4th of July Celebration in Central Park. This year, the city will celebrate the 4th on Monday, July 5, from 9 a.m. to noon. Please access more details about both celebrations that commemorate our freedoms at cityofwinterpark.org/events.

Wishing you a safe and happy summer!