Rick is an Orlando native, College Park actually.   He spent a decade of his youth in the Hoosier state, but moved back to Central Florida just in time for high school.  “I loved the time I spent in the Midwest; I remain a “Fighting Irish” fan to this day.  But there is no place like home!” During college he became an active member of the Sigma Chi fraternity and earned his degree in journalism with a concentration in advertising and public relations at the University of Central Florida.  Founding The Park Press in 2007 was a culmination of Rick’s professional experiences over the past 20 years, his long-lasting relationships, and his overall desire to promote the “good” in our community and all that comes along with it! 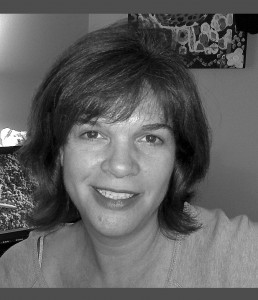 One of that rare breed, a Florida native, Janna grew up in Cocoa Beach and rarely feels the need to leave the Sunshine State. “There’s nothing like a day at the beach!” she says. Janna calls Winter Park home. She shares her life with her husband of 25 years, George; their three beautiful and incredibly talented children, and their handsome dog rescued from the pound, Buddy. (Janna says Winter Park is like Garrison Keillor’s Lake Wobegon, where all the children are above average.) Her divergent interests resulted in two degrees from the University of Central Florida, one in journalism and the other in science. Janna currently divides her time between The Park Press and teaching biology and marine science to high school students. 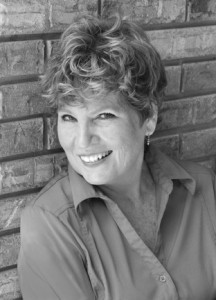 Jill Shargaa is an Orlando native, one of only a few in captivity. She graduated with a B.A. degree in Graphic Design from the University of Florida. Jill was an artist at The Orlando Sentinel creating breaking news graphics for almost 10 years. She worked on various projects such as The Orlando Magic-NBA Playoffs, the Gulf War, several Olympic Games, World Cup Soccer and an investigative series on NASCAR. She was an art director for Where Orlando magazine, then jumped to broadcasting by joining WESH-TV Ch. 2 (NBC) for a year and half. She started Shargaa Illustration & Design in 2000. She is also a professional comedian having sold one-liners to Joan Rivers and Carol Leifer. She’s performed or written comedy all over the Southeast, has worked with Lily Tomlin, Louie Anderson, Paula Poundstone and others, as well as being a winner on ABC-TV’s America’s Funniest People.

George is a combination of left-brained accountant, right-brained liberal studies student, and father of three – not necessarily in that order. He has been married to his college sweetheart, Janna, for over a quarter century, making him one happy fellow since she is many times over an expert on covering for his mishaps. George joined The Park Press to write on Pop Culture after proving to the editors over and over that his brain was full of such worldly-wise and essential-to-living-life- to-the-fullest information. 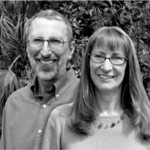 Stephen and Kristin Pategas are an award-winning landscape architect and landscape designer husband and wife team and the owners of Hortus Oasis (www.hortusoasis.com) in Winter Park, FL. They provide services in residential, commercial and specialty garden design and consultation, garden writing, garden and horticultural photography and horticultural education. Stephen is a registered landscape architect, a member of the American Society of Landscape Architects and the Garden Writers Association. Kristin is a certified landscape designer with the Association of Professional Landscape Designers, a Florida Certified Landscape Designer and a member of the Garden Writers Association.