A Mess Of Thoughts On Recent Pop Culture Goings On 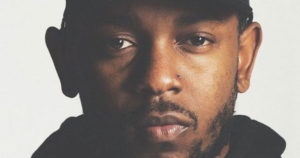 So many thoughts form and then flitter away when it comes to write another column. So, rather than form them into a cohesive whole, maybe it is time for a good-old “data dump.” First, the latest on the TV. I love The Leftovers on HBO which is on its last season. There is so much to recommend this series, but foremost in my mind at the moment is the acting of Carrie Coon. She is wonderful and beguiling as Nora Durst, a woman who suffers stoically and when she has had enough, acts out in the most interesting and outlandish ways! Tune in to see what I mean – no spoilers here. I also love Better Call Saul on AMC. Each episode feels like a movie. The attention to detail in crafting the story, the time taken to develop the story, and the inspired use of the wonderful scenery of both City of Albuquerque and its natural environs are something you just don’t expect from a TV show. Also – there are a couple of intriguing new shows starting after press time: Great News on NBC from the mind of Tracey Wigfield, an Emmy winning writer of 30 Rock; and Mary Kills People on Lifetime which looks to be a mash-up of Weeds and Nurse Jackie. I plan to check them both out. 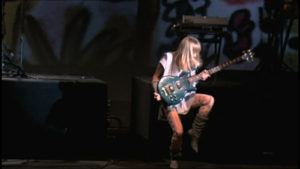 Now, how about some music ideas? For those of the most adventurous out there, the latest album from rapper Kendrick Lamar is outstanding. He is truly a poet working to tell tales about his experiences in the context of living in America at this moment in time. His song XXX features a notable collaboration with U2 – notable because it isn’t just a stunt, it is a fine commentary on his storytelling. Other than K-Dot, I have been re-listening to a lot of Talking Heads. I will fight anyone who doesn’t agree than Tina Weymouth is one of the best bass players of all time. From the beginning she was the band’s secret weapon, and most especially starting with their second album with the crazy title More Songs About Buildings and Food. This album, the first produced by Brian Eno, moved Tina’s bass forward in the mix and caused the music to basically force people to throw off their headphones, crank up the speakers and dance. Not that I actually did that or anything of the sort!

Finally – a couple of books for you to consider, each notable and each related to pop culture: TV (the Book) by Alan Sepinwall and Matt Zoller Seitz in which the authors debate the Greatest American TV Shows of all Time; and Life Moves Pretty Fast by Hadley Freeman who writes about the lessons learned from the best movies of the 1980s. Both are quick and easy reads which argue for the importance of pop culture as a means to better understand our world and our place in it.