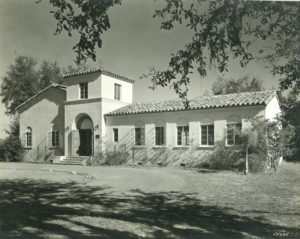 Morse Gallery of Art at Rollins

The Morse Museum celebrates its 75th anniversary with free admission throughout February and the debut of a new cellphone audio tour on February 1. On Friday, February 17, the Museum’s anniversary date, the public is invited to a free champagne reception from 5 p.m. to 7:30 p.m.

The Morse, which began its life as a small museum on the Rollins College campus, organizing shows of loaned objects, is today home to the world’s most comprehensive collection of works by American designer and artist Louis Comfort Tiffany (1848–1933). Attracting visitors from around the globe, its Tiffany collection includes the chapel interior the artist designed for the 1893 World’s Columbian Exposition in Chicago and art and architectural objects from Tiffany’s celebrated Long Island home, Laurelton Hall.

The Museum’s holdings also include American art pottery, late 19th- and early 20th-century American paintings, graphics, and decorative art. In a new exhibition, Celebrating 75 Years—Pathways of American Art at the Morse Museum (October 18, 2016–January 21, 2018), the Morse presents more than 60 objects that illustrate the breadth and depth of the collection assembled by the McKeans over 50 years. Equally important, the exhibition reflects the Museum’s foundational values: a belief that art improves lives, a passion for education, and a respect for all artists and artistic contributions.

The new Museum-highlights audio tour for cellphones—easy-to-use and complimentary—taps 21st century technology to provide a fresh way of viewing objects on exhibit. Visitors can simply dial a phone number on their personal devices to access information and history on almost 40 objects in the Morse’s collection. Each stop includes a brief narration along with commentary by Museum staff or archival audio from the Museum’s first director, Hugh F. McKean (1908–95). The tour, produced with Earprint Productions of San Francisco, which specializes in mobile tours and applications for museums, expands on the success of the audio tour currently available for the exhibition Louis Comfort Tiffany’s Laurelton Hall. 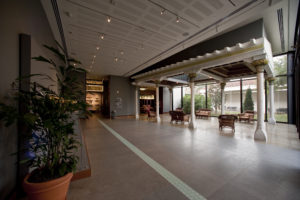 Daffodil Terrace at The Morse Museum

The Morse was founded by Jeannette Genius McKean (1909–89)—granddaughter of Chicago industrialist and Winter Park philanthropist Charles Hosmer Morse (1833–1921). Jeannette’s husband, Hugh McKean—who was an artist, art professor, and for 18 years, president of Rollins College—led the Museum for nearly half a century.

“First and foremost, the McKeans wanted to guide people to love art by providing access to it and a way to approach it,” said Laurence Ruggiero, the Museum’s director. “They believed that all art sincerely made deserves sincere consideration, and that all art enriches the lives of those who take an interest.”

The Museum was established as the Morse Gallery of Art on the Rollins College campus in 1942. In 1955, the McKeans organized the first significant exhibition of Louis Comfort Tiffany’s work since the artist’s death in 1933. The success of this exhibition, which was noted in The New York Times, set the McKeans on the course that in less than three decades would make the Morse the leading repository of the art of Louis Comfort Tiffany in the world. In 1957, when Laurelton Hall burned, the McKeans decided to save all they could. Later Hugh McKean, who had studied at Tiffany’s estate in 1930, wrote The “Lost” Treasures of Louis Comfort Tiffany (Doubleday, 1980), advancing knowledge and appreciation of Tiffany on a national scale.

The McKeans continued to collect works by Tiffany and other late 19th- and early 20th-century artists through the decades. In 1976, they created the Charles Hosmer Morse Foundation, which with additional funding from the Elizabeth Morse Genius Foundation established by Jeannette in memory of her mother, supports the Museum without the need for public funds.

In February 1978, the McKeans put their collection on view in new galleries on Welbourne Avenue in downtown Winter Park, and in July 1995, the Morse opened at its current site on Park Avenue. Two subsequent expansions of the Park Avenue galleries have increased exhibition space to almost 20,000 square feet, five times that at Welbourne. In 2015, more than 76,000 people visited the Museum, up from 18,000 in 1994.

For more information about the Morse, please visit www.morsemuseum.org.

*All images courtesy of The Morse Museum