New Music From The Old And New Guard 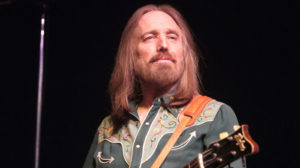 Over the last month I’ve seen a pattern in my music consumption, a little bit of “old guard” and a little bit of “new guard.” But first, an appreciation: I can’t underestimate the influence that the music of Tom Petty has had on me. For someone of my age, who really took to the first “new wave” music competing for FM radio airtime, as well as the more classic rock of my older brothers’ generation, Tom Petty was an artist I could love unabashedly and not be scorned for it. And once I learned he was from good old Gainesville, FLA, that just cemented it. There are so many great Petty tunes that I could fill up this entire 500 word column just listing them. I am so happy to have seen Tom Petty and the Heartbreakers in their prime, at the old O-rena, absolutely one of the few arena shows of which I have fond memories. Tom could make a cavernous place feel so intimate and so vital. I will miss him, he was taken too soon. 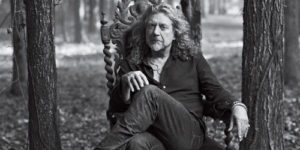 OK, now some “old guard” music to liven up your November. First up, Robert Plant. The former Led Zeppelin lead singer has continued his prolific post-rock career. He has a wonderful new band, the The Sensational Space Shifters, and a great new album, “Carry Fire.” Plant is an artist who continually challenges himself and his listeners and due to his great talent, always seems to deliver. A matching “new guard” musician who might intrigue fans of Plant is named Chris Price. His latest album, “Stop Talking” is a stunner for a sophomore effort. I’ll let Paste magazine’s Craig Dorfman state it: “Drawing from a well of pop knowledge, Price constructs melodies that are both sure and unexpected. Every song has a whiff of the familiar, but where an ordinary tune would turn right, Price’s turn left, and just like that, he’s widened the domain of pop songwriting.” High praise, but it seems earned to me. 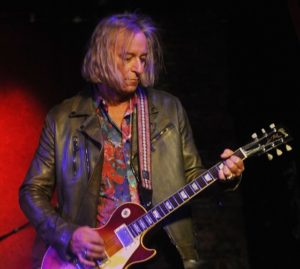 Now, a brief intermission. I would like to recommend a new guard band that is actually made up of some of the old guard. Filthy Friends is a side-project for Peter Buck (of R.E.M.) and Corin Tucker (of Sleater-Kinney). They joined with some other alumni of the new wave scene for the new band and have released a debut album, “Invitation.” It is not earth-shaking by any means but a nice, finely executed, rock record. Fans of these old guardians should enjoy it.

Back to the old guard. St. Vincent is one of my favorite acts and I have written about the band (which consists of just one member – Annie Clark) in this space before. St. Vincent has a new album, “MASSEDUCTION” (yes, in all caps, unfortunately), which is poised to break big as it is her most “pop” sounding record yet. I’ll listen to anything by St. Vincent at least once and I’ve enjoyed this one but I would say it is not her best. Not enough guitar for me, and Annie Clark is an excellent guitarist. The subject matter of the songs does seem more direct but I’d prefer the lyrics paired with some more driving sounds. A new guard band, another one with a name but it is essentially a one-woman show, is Japanese Breakfast, the project of Philadelphia musician Michelle Zauner. Her sound is much like St. Vincent but I hear more experimentation with her sound, which it pains me to say since St. Vincent is certainly somewhat experimental and thrives with that sound. 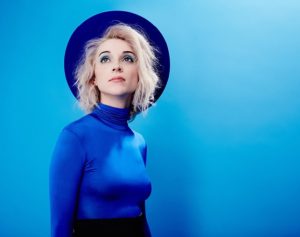 Final musical thoughts for the month: I like but do not love the new Beck album, “Colors.” Same goes for the new one from Kurt Vile and Courtney Barnett, “Lotta Sea Lice.” But they might be something you will want to check out anyway!