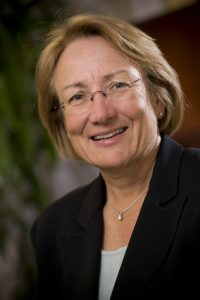 In April, Orlando Health issued approximately $240 million in tax-exempt bonds through the Orange County Health Facilities Authority and approximately $75 million in taxable bonds were issued by the Orlando Health Obligated Group. The offering was oversubscribed generating $2.5 billion in orders. Funds raised from the issue will be used to refinance a portion of the organization’s existing debt, including debt taken on to purchase Health Central.

“This bond issue will reduce our borrowing costs and future debt service,” said Bernadette Spong, CFO, Orlando Health. “It will further strengthen our financial position and enable us to continue to adapt to the changing healthcare environment more efficiently.”

The bond issue follows a March 31 announcement that Moody’s Investment Services had upgraded the organization’s credit rating from A3 to A2 with a stable outlook. Moody’s cited Orlando Health’s second consecutive year of improved financial performance, increasing market share, and a material improvement in debt service as its reasons for the action. In early April, Fitch Ratings and Standard & Poor individually confirmed their A rating with a stable outlook for Orlando Health.

With the issuance of the tax-exempt bonds, Orlando Health is expected to reduce the present value of future debt service by over $33 million over the term of the bonds.