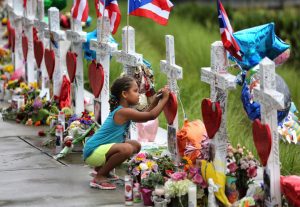 Like most of us, my heart sank as I watched the news the morning of June 12th following the mass shooting in Orlando at the Pulse nightclub.  This tragic event wasn’t just close to home, it was home.  As I listened to the coverage I was in a state of disbelief and uncertainty, similar to that which I felt and thought on 9/11.  Both of these days are now etched in my memory as two of the darkest days of our lifetime, and the history of this great nation.

Orlando’s nickname has long been The City Beautiful, and other than when areas are undergoing renovations or construction, it totally makes sense.  With its mix of historic and modern architecture, coupled with man-made lakes and natural parks, it certainly is a beautiful city.  As locals we all know that there is much more to our city than the world-famous theme parks that call Orlando home, and after this tragic event, many are quickly realizing our nickname is not based on looks alone.  So with this in mind, I’d like to propose that in memory of the 49 people who lost their lives, and in honor of the 53 who were seriously injured, the first responders, Orlando Regional Medical Center’s staff and top-level trauma team, Mayor Dyer and our local leaders, the communities’ generous support of blood donations and professional services, and the local and national support that has been shown to the One Orlando Fund- Orlando should forever also be known as The City Beautiful because of its people.  Orlando has responded in the most epic manner given the challenges that no city would want to take on, and this unfathomable event made me think of this quote:

“When we meet real tragedy in life, we can react in two ways – either by losing hope and falling into self-destructive habits, or by using the challenge to find our inner strength.” – Dali Lama

The people of Orlando not only have found, but have shown, their inner strength. As a community we are diverse, and educated to a level that rivals the best, and for this I believe we have begun to use our talents as The City Beautiful to make some serious changes to perhaps minimize this type of tragedy in the future. Love is love, is love, is love, and I love the people who make Orlando The City Beautiful.

As always, thank you for reading The Park Press and we look forward to the great things to come.