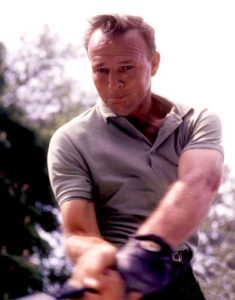 As a child, I recall becoming a big fan of a golfer whose name was hard for me to pronounce.  I really had to focus on pausing between his first and last name.  Then I was told he had a nickname, so if he came up in conversation, I’d just refer to that and call him “The King.”  He was the king of golf, and had earned this distinction by winning most of his tournaments before I was born.

Over time, I began to have no issues saying his name, and he and his name became known for being much more than a great golfer. I moved from being a fan to idolizing Arnold Palmer, and I’m thankful he picked Orlando as the place where he would create his greatest legacy.

In the mid-‘80s, Arnold and his wife Winnie accepted an invitation to tour the newly-opened neonatal intensive care unit and pediatrics wing of Orlando Regional Medical Center. The facility was nice and new, however, it was small.  The tour made an impact on them and Mr. Palmer said, “We can do better than this, we should do better than this, for the children and our community.”

Shortly after, they met with a group of doctors with a vision for a word-class hospital for women and children, and they agreed to lend Arnold Palmer’s name and help raise money to build the facility.  He also insisted on a commitment that, “Good would never be good enough.” 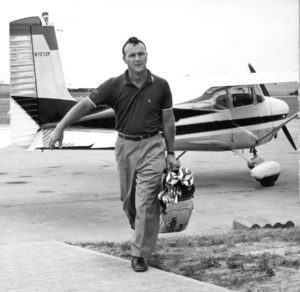 Arnold Palmer became the king of golf by winning 92 tournaments including, four Masters Championships, two British Opens, a U.S. Open Championship, a U.S. Amateur Championship, and being named the “Athlete of a Decade.”  However, his greatest achievement and ongoing legacy will be his involvement in creating these two world-class facilities dedicated to caring and saving the lives of women and children.

It’s hard to imagine what it will be like now that he’s gone.  Good would never be good enough, but he was great at proving that we can do better for our children.  All honor to his name!