Several Reasons To Return To The Movie Theatres This Summer 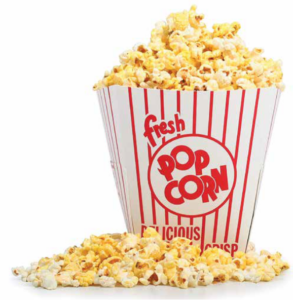 As we continue to see the risk of getting COVID-19 dropping and dropping, it looks like there may be reasons for movie goers to comfortably venture back to the theatre this summer. There are several movies that cry out to be seen on a big screen in a movie house, with the appropriate level of social distancing, in the upcoming months.

In June, while I am looking forward to the documentary of the band Sparks directed by Edgar Wright, the wider audience can anticipate “In The Heights,” the movie adaptation of the smash Broadway hit by Lin-Manuel Miranda of “Hamilton” fame. Meanwhile, you can leave the kiddos home with a sitter to watch “Luca,” the next Pixar movie being released only on Disney+, featuring a friendship between two Italian sea monsters. The month also features “F9,” the ninth (!) installment of the Fast and Furious franchise. While I have not seen any of the previous eight installments, I know they are quite popular!

July brings one of (count ‘em) three Marvel movies out this summer, “Black Widow” starring Scarlett Johansson and directed by Aussie Cate Shortland. We also have the long-awaited sequel “Space Jam 2” starring Bugs Bunny and some sports ballers. The one movie I will definitely be seeing in a theatre, “The Green Knight,” looks absolutely amazing and the trailers are worth a peek- so check them out on the biggest screen you got! It is another take on the Arthurian legend of the Round Table, and the website for the movie is rightly hyperbolic about the film, gushing about the main character: “Gawain contends with ghosts, giants, thieves, and schemers in what becomes a deeper journey to define his character and prove his worth in the eyes of his family and kingdom by facing the ultimate challenger.” Ok, you have me intrigued! My wife and I saw the Green Knight trailer recently when we attended a 20th anniversary theatre showing of “Scott Pilgrim vs the World.” It was a definite “Gotta see that!”

In August, we get the documentary “The Beatles: Get Back” directed by Peter Jackson of “Lord of the Rings” fame. Jackson was given access to over 55 hours of footage and 140 hours of audio, plus had the permission of Paul McCartney and Ringo Starr and the estates of John Lennon and George Harrison in the making of the film. There are two more comics-inspired movies coming in August, Marvel’s “Shang Chi and the Legend of the Ten Rings” and DC’s “The Suicide Squad.” I’m sure that someone will let me know which one is worth seeing, if not both.

To go along with the spectacles for your eyes and ears, I recommend some movie reading, as well. The Guardian newspaper’s website has an interesting series entitled “Hear Me Out” where film buffs make a case for a movie which was panned by the critics, was not a box office success, or was simply hated when it was released. I enjoyed reading the installments for two movies that I very much liked, “Hudson Hawk” and “Sucker Punch.” You may find an installment about a movie you enjoyed but which others hated, perhaps “Coneheads” or “The Wedding Planner” or “A View to a Kill?”