Songs For A Rainy Day 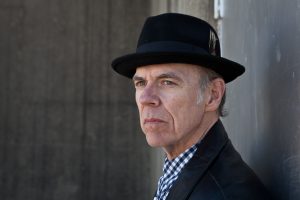 The month of August in Florida makes me think of two things – sun and rain. So, it got me to thinking – what are the best songs about rain? Thanks to my trusty Spotify subscription I was able to search for the songs that have the word “rain” in the title. And once I started to find my favorites, I also discovered several songs by favorite artists about rain that I didn’t know and now love. Unfortunately, not every song is available on Spotify, so I wasn’t able to listen to two colorful favorites – “Red Rain” by Peter Gabriel and “Purple Rain” by Prince. But, I was still able to compile a list of over three hours of rain songs at the following playlist: https://goo.gl/6ZS0ew.

Now, the hard part. What would I name as my top ten “Rain Songs”? A tough task. The top five came to me very quickly: 1) “I Think It’s Going to Rain Today” by Randy Newman – maybe the saddest song ever written. 2) “I Can’t Stand the Rain” by Ann Peebles – best vocal, best opening notes, which evoke the sound of rain on a window pane through being played on the electric timbale, and best groove. 3) “Purple Rain” by Prince – uh duh, best guitar solo! 4) “Feels Like Rain” by John Hiatt – best lyrics – such as: “Love comes outta nowhere baby, just like a hurricane, and it feels like rain.” 5) “So. Central Rain” by R.E.M. – which is better known by my wife’s title for the song – “I’m Sorry” – since that is the repeating chorus.

The remainder of the top ten are: 6) “Rain” by the Beatles. 7) “Red Rain” by Peter Gabriel. 8) “Dry the Rain” by the Beta Band. 9) “Rhythm of the Rain” by the Cascades. 10) “Love Reign O’er Me” by the Who. Yes, I cheated on the last one. But that song is too good to leave off the list! And in my defense, according to the Wikipedia entry for the Quadrophenia album on which it appears, it is supposedly about a sullen British kid stuck on a rock in the middle of the ocean during a rain storm, so it is close enough for me.

Of course, my list is only my opinion. The British newspaper The Telegraph published a list of 30 songs about rain and their top five is: “Into Each Life Some Rain Must Fall” by Ella Fitzgerald and the Inkspots, “Singin’ In The Rain” by Gene Kelly, “Raining In My Heart by Buddy Holly, “Come Rain or Come Shine” by Ray Charles and “A Hard Rain’s a-Gonna Fall” by Bob Dylan. A much more distinguished list. So, what are your favorite rain songs?