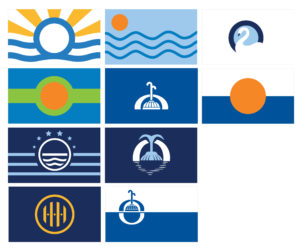 Flag Designs To Vote On

The City of Orlando received more than 950 flag design submissions from around the globe since launching a City flag redesign competition in February.

From the submissions received, ten designs were selected as finalists by members of a Flag Design Committee, comprised of neighborhood leaders, members of the arts and design community, history enthusiasts and a flag design expert.

The City would like to hear from residents on which designs they like best and have opened the competition up to the public for voting.

After voting concludes on April 17th at midnight, the Flag Design Review Committee will meet to review voting results and make their final recommendation to City Council. 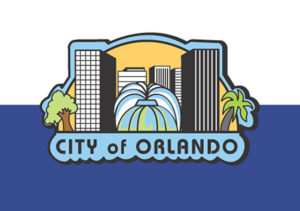 For the new flag, the City is seeking a design that follows the five principles of good flag design as outlined by the North American Vexillological Association, an organization devoted to the scientific and scholarly study of flags. These principles include: