Winter With The Writers Lineup

Rollins College recently announced the lineup for the 2016 Winter With the Writers festival. In addition, the College announced the annual literary festival’s new affiliation with the nation’s premier literary event, the National Book Awards.

Thanks to a new partnership with the National Book Foundation (NBF), on February 23 and 24 Rollins College will host two authors whose work has earned distinction from the National Book Awards (NBA). As the Southeast’s sole representative of the NBA on Campus program, Rollins’ selection “affirms our commitment to excellence in writing and contemporary literature,” said Carol Frost, Theodore Bruce and Barbara Lawrence Alfond Professor of English and director of Winter With the Writers.

Each year, 20 NBA judges whittle down more than 1,400 American books in four categories: fiction, nonfiction, poetry, and young people’s literature. The top 10 authors are announced in September, finalists are named in October, and one winner is selected in each category on November 18 during a ceremony in New York City.

The other three representatives in the NBA on Campus program include Amherst College (Northeast), Concordia College (Midwest), and Sam Houston State (Southwest). 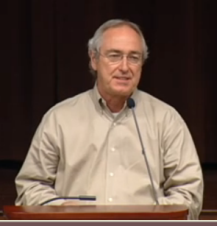 “A lot of high school students will be even more attracted to Rollins now because of our ties to the National Book Foundation,” Frost says. “Students tell me all the time that a reason they come to Rollins is because of Winter With the Writers. It’s a unique opportunity unlike any other for undergraduates to work very closely with high-profile writers and helps our students who are serious about writing to come to an understanding about what makes a contemporary story, a book of poems, a play, or a novel not only readable but necessary.”

2016 Winter With the Writers Lineup

February 4: Antonio Skármeta, Chilean novelist, screenwriter and diplomat whose novel Ardiente paciencia was adapted for the screen twice, including in 1995 for the Italian film Il Postino (The Postman). 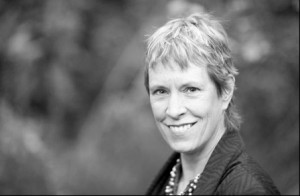 February 11: Philip F. Deaver, professor of English at Rollins and author of the soon-to-be-released Forty Martyrs, which follows the intertwining lives of a psychologist, his wife, his lover, his lover’s husband, and his lover’s own paramour in the small town of Tuscola, Illinois.

February 18: Chase Twichell, Irving Bacheller Professor of Creative Writing and author of seven books of poetry, most recently Horses Where the Answers Should Have Been: New and Selected Poems.

February 25: Two authors, to be determined in November, whose work has earned distinction from the National Book Awards.

For more details, including updates closer to the event, visit the Winter With the Writers homepage.

*Photos courtesy of Rollins College – 2016 Winter With the Writers.