Winter With the Writers 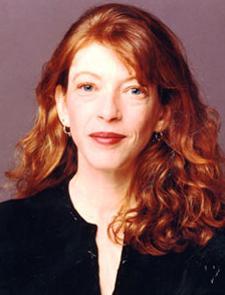 Rollins College will again partner with the National Book Foundation as part of the 2017 Winter With the Writers literary festival. As the Southeast’s sole representative of the National Book Awards on Campus program, Rollins will host the two 2016 finalists who will teach master classes, give a joint reading and interview, and sign books.

Since 1927 Rollins College has hosted world-class writers for this event, which is free and open to the public. This year’s authors include Susan Orlean, David Kirby, Peter Meinke, and Chris Abani.

Susan Orlean has worked as a staff writer for The New York Times, a contributing editor at Rolling Stone and Vogue, a writer for Outside, Esquire, The Boston Globe, and more. Among her many books is The Orchid Thief, a national bestseller about a charming conniver who was once convicted of attempting to steal endangered orchids. Orlean’s elegant personal journalism inspired Adaptation, an Academy Award-winning film. 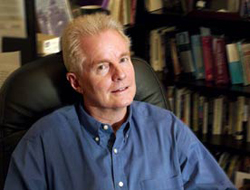 David Kirby’s collection The House on Boulevard St.: New and Selected Poems was a finalist for the National Book Award in 2007. Kirby is the author of Little Richard: The Birth of Rock ‘n’ Roll. His latest poetry collection is Get Up, Please. He teaches at Florida State University, where he is the Robert O. Lawton Distinguished Professor of English. Kirby’s honors include fellowships from the National Endowment of the Arts and the Guggenheim Foundation; in 2016, he received a Lifetime Achievement Award from the Florida Humanities Council.

Peter Meinke is Poet Laureate of Florida. His work has received many national awards, among them are 2 NEA Fellowships, a Fulbright Professorship, and 3 awards from the Poetry Society of America. His most recent books are The Expert Witness (2016), a collection of short stories; The Elf Poem (2015), a children’s book (both illustrated by his wife Jeanne Clark); and Lucky Bones (2014), his 8th collection in the prestigious Pitt Poetry series. Last year he received the SunLit Festival’s Lifetime Achievement Award for “his outstanding contribution to Letters.” 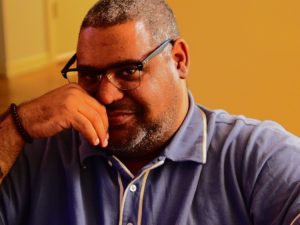 Chris Abani is an acclaimed novelist, screenwriter, poet, essayist, and playwright. Currently residing in Chicago, he was born in Nigeria. His most recent work of fiction, The Secret History of Las Vegas (2014), was nominated for the Hurston/Wright 2015 Legacy Award. A few other works of fiction include Song for Night (2007), Becoming Abigail (2006), and Masters of the Board (1985). His poetry collections include Sanctificum (2010), There Are No Names for Red (2010), Feed Me The Sun – Collected Long Poems (2010), and more. He has received many awards and honors including the PEN USA Freedom-to-Write Award, a Lannan Literary Fellowship, a Hurston/Wright Legacy Award, and the PEN Hemingway Book Prize, just to name a few.

(Chris Abani, as the 2017 Irving Bacheller Chair, will also teach a one-credit class, Writing Life, during his stay in Winter Park.)

For more information on Winter With the Writers at Rollins College, please visit: http://www.rollins.edu/winter-with-the-writers/